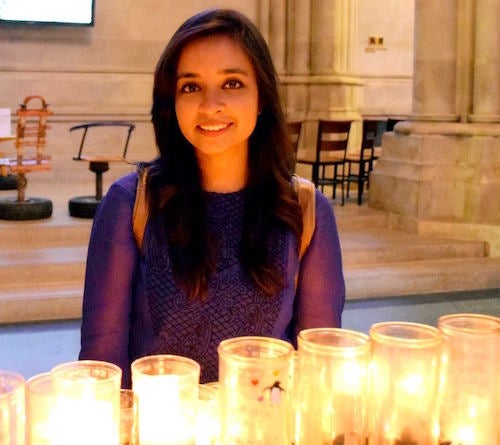 "Studying in a country where there are political issues going on, such as strikes, drone attacks, target killing, etc., it’s very difficult to study. But thanks to OCW, now I do not have to worry about keeping [up] with the competing world."

Tooba Siddiqui, a student at IQRA University in Islamabad, Pakistan, is determined to pursue her education in spite of political unrest. She gives credit to OCW for allowing her to overcome many obstacles. According to Siddiqui, Islamabad is a relatively peaceful city, although, due to frequent strikes, getting to class can sometimes be impossible. She says, “I learned from OCW a lot when the roads from my residential area used to be blocked due to some political happening, and I had no other choice than to sit at home.”

“It’s said that it takes a village to raise a child, and I am living proof of that myself,” relates Siddiqui, whose father died when she was six years old. Due to severe arthritis and “social norms,” her mother had limited job opportunities. Siddiqui describes how relatives, neighbors, and classmates “started helping both financially and socially to help raise me and my siblings… from providing shelter to hitching a ride to school or attending a parent-teacher meeting.” Thanks to the assistance she has received, Siddiqui decided to major in Development Studies to be able to help others. “I see myself as the child of the village who has made an implicit but lifelong promise to help those in need and make them a functional part of society again.”

“You experience the education only a certain percent of the people in the world can afford (through OCW). You enjoy the classes as if you are actually sitting in the class and taking notes.”

To maximize her learning experience, Siddiqui often takes the same course at her university and through OCW simultaneously. She has done this for Development Economics, Microeconomics, Urbanization and Development, and Introduction to Psychology, among others. Siddiqui credits OCW for helping her understand sociology and economics, and gives special thanks to Professors Jonathan Gruber, Abhijit Banerjee, and Guido Lorenzoni. “I find economics quite tough,” she says, “and with the help of lectures by these professors, they are no longer difficult to understand for me.”

To complement her studies, Siddiqui volunteers at the IQRA Center for Social Responsibility, which runs assistance programs in education, vocational training, and social enterprise. “I have been particularly engaged in renovating a public school with the help of funds that were raised,” says Siddiqui. She now teaches English and math at this school, to children between the ages of four and ten.

Currently in her seventh semester of university, Siddiqui is planning to take Macroeconomics, as well as Social and Political Movements, through OCW. Eventually she would like to work in education. Her goal is “to educate the young generation of Pakistan on how to save themselves from child abuse and harassment, and to come up with teaching strategies for the mentally disabled people of Pakistan.”