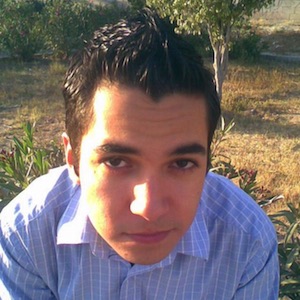 "Since I had already learned most first-year subjects [before] I applied to the university, I didn’t struggle as much as other students…"

A resident of Tijuana, Mexico, Juan Brizuela thanks OCW for enabling him to pursue a career in information technology. “Everything I learned from Course 6 - Electrical Engineering and Computer Science subjects was fundamental to my line of work,” he says, “since it requires domain knowledge, as well as problem-solving skills.”

A physics major, Brizuela withdrew from his university after his undergraduate program in Quantum Information ended due to a lack of funding. Nevertheless, Brizuela was determined to pursue his education. He states, “I decided I would be best off taking only courses I’m passionate about, and learning everything at my own pace, to assure that I obtained complete mastery of the topic.”

Brizuela had already studied OCW courses in high school. He describes how they “greatly improved my knowledge of math, physics, engineering, and overall problem-solving.” Thanks to his enhanced skills, Brizuela – while still a high school student – found a job as a Unix administrator at Americas Survey Company, a company that provides companies with data collection services in market research. Brizuela was also able to become a Solaris Certified Systems Administrator. He credits OCW with giving him “the necessary background in Computer Science that I needed,” especially in areas such as naming systems and computer system organization.

Thus far, Brizuela has completed 14 OCW courses. Among them are Physics 1: Classical Mechanics, Physics II: Electricity and Magnetism, and Physics III: Vibrations and Waves, as well as Calculus Revisited. He is currently earning a certificate from MITx’s Foundations of Computer Science XSeries. Offered by MIT’s Department of Electrical Engineering and Computer Science through the edX platform, this XSeries consists of seven sequential courses in computer science. Brizuela is taking these courses for personal enrichment, because “I’d really like to see what gaps I have in my knowledge on computer science, that I was not aware of.”

“I’ve pretty much always used OCW, whenever I struggled with a subject at the university or whenever I just want to learn more about a specific subject.”

Over the past few years, Brizuela’s career has been advancing, and he has been promoted to Infrastructure Administrator at Americas Survey Company. He is responsible for training and supervising all technical support personnel, and incorporates OCW materials in his training sessions. He uses “lecture notes from 6.01SC Introduction to Electrical Engineering and Computer Science I for teaching PCAP, slides from 6.033 Computer System Engineering for networking, the problem-solving videos of STEM Concepts, and some video sections of Introduction to Radar for our microwave links.” Brizuela also designs and deploys network-related changes, and manages the company’s ISO 20000 certification.

At the present time, Brizuela is studying Quantum Physics I through OCW, which he plans to follow with Quantum Physics II. “My goals are to keep learning about the subjects I’m interested in,” he says. “It’s cool to know that even though I don’t have an engineering degree, people do ask me for advice whenever designing something.”

We hope you’ve been inspired by this story and by OCW’s effort to meet the needs of learners eager to enhance their knowledge, lift up their communities, and change the world for the benefit of everyone. Please consider supporting our work with a donation. We’d appreciate it!